While every town/city is treated more like a country in that they have their own unique clothing, culture, food items, and sometimes ethnicities (races), it's not uncommon to travel between them. This is shown by that every town in the NDS game has at least one "cat-human", which means they are a citizen of Ding Dong Dell (ゴロネール王国 Goroneeru Kingdom).

While Oliver can use magic, it appears that most citizens of the world can't. This is shown in part by that Oliver is constantly having to describe certain spells surrounding heartbreak to citizens.

Ni no Kuni's world map consists of three continents and and two separate archipelagos. The biggest continent is The Summerlands/The Middle Continent, while the smallest is Nazcaä. Autumnia is another continent. The archipelagos are Teeheeti and The Winter Isles.

The most efficient travel for citizens is apparently by boat. 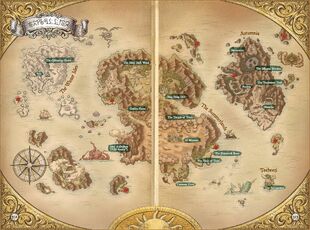 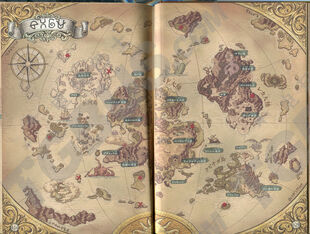 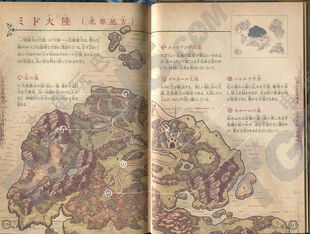 Top half of the Summerlands/the middle continent 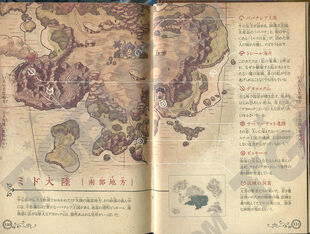 Bottom half of the middle continent 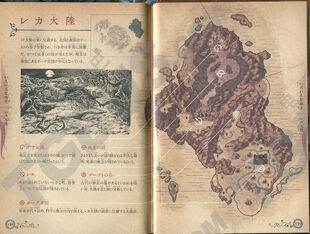 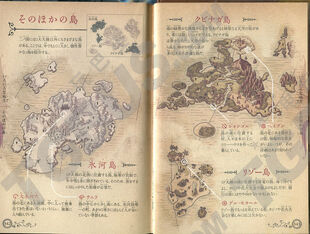 Add a photo to this gallery

Retrieved from "https://ninokuni.fandom.com/wiki/Ni_no_Kuni?oldid=20525"
Community content is available under CC-BY-SA unless otherwise noted.