Start a Wiki
watch 01:31
The Loop (Games)
Do you like this video?
Ni no Kuni: Wrath of the White Witch, known in Japan as Ni no Kuni: Shiroki Seihai no Joō is the second game in the Ni No Kuni series .

The game was released in 2012 in Japan and in 2013 in North America and Europe, it was developed by Level-5 and Studio Ghibli, a famous children's game company and a famous children's animation company respectively. In September 2019 the game will be released for the Nintendo Switch.[1]

Studio Ghibli were responsible for the characters and areas of the game, as well as did most of the cutscene animation in the NDS game, character sprites, etc.

In the PS3 version, a lot of the animation and drawings were replaced with computer-generated animation, whereas CG animation and pictures were only in a few of the smaller scenes/areas in the NDS game.

Wrath of the White Witch is the story of Oliver, a resident of Motorville. When he and his friend Philip try out their newest car creation, the car falls apart and Oliver almost drowns, he is saved by his mother Allie; however, she faints and becomes bedridden, she eventually dies from heart problems. Oliver becomes closed-off following his mothers death, while grieving Oliver comes across a doll his mother gave him and begins to cry. As Oliver cries, his tears cause his doll to come to life and reveal itself as a fairy named Drippy, he informs Oliver that he is from another world where a "Dark Djinn" named Shadar took over. He then teaches Oliver about soulmates between the two worlds, a person that shares a link with someone in Oliver's world. He also says that his mother looks very much like a great sage, Alicia, who was captured by Shadar. Realizing that Alicia must have been Allie's soulmate, Oliver sets out with Drippy to travel to the other world and rescue Alicia in the hope that doing so will bring Allie back in his world

There are many, many changes in the English translation.

Differences with the DS game

Ni no Kuni's soundtrack was created by Joe Hisaishi, who has made the music for several Studio Ghibli films. All music was performed by the Tokyo Philharmonic Orchestra. The soundtrack can be bought in iTunes, among other places. 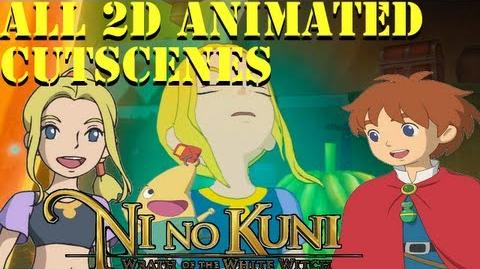 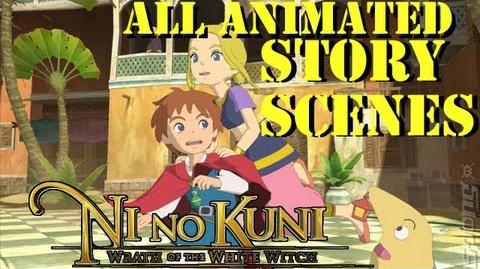 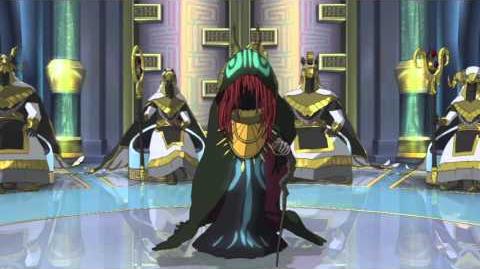 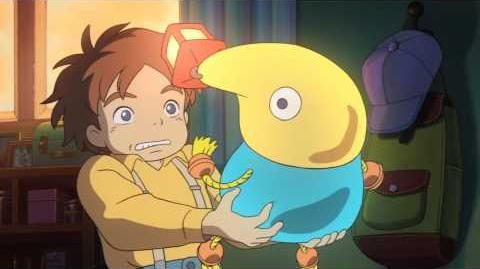 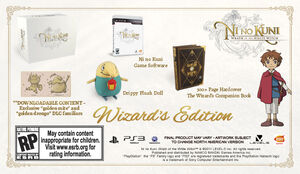 With "Ni no Kuni: Wizard's Edition" the following items were included:

Instead of a proper, all-on-one-page walkthrough, what we do have on our Wiki is information separated into pages. For example, go to the "enemies" category page to see lists of enemies in every section, and go to Horace's page to see answers to the riddles/quests he may give you. For everything else, try searching for a word and seeing on which pages it comes up (including Japanese words from the NDS game). Additionally, please edit or create any pages necessary.

Retrieved from "https://ninokuni.fandom.com/wiki/Ni_no_Kuni:_Wrath_of_the_White_Witch?oldid=18792"
Community content is available under CC-BY-SA unless otherwise noted.