Ni no Kuni II: Revenant Kingdom, known additionally as Ni no Kuni 2, is a role-playing game developed by Level-5 for the PS4, Pro PS4, and Microsoft Windows. It is a direct sequel to the critically acclaimed Ni no Kuni: Wrath of the White Witch.

The game was announced in December 22, 2015 at Playstation Experience.

The game has 9 Chapters:

Chapter 1: The Fall of the House of Tildrum
Chapter 2: A Kingdom to Come
Chapter 3: The Town that Tempted Fate
Chapter 4: Ferdinand, Mighty Ferdinand
Chapter 5: The Sea Queen’s Curse
Chapter 6: The Price of Power
Chapter 7: A Traitor in Our Midst
Chapter 8: Land of My Fathers
Chapter 9: To Be a King

King Evan Pettiwhisker Tildrum, a young grimalkin king of Ding Dong Dell gets dethroned in a castle siege by one of his father's closest advisers, Lord Mausinger. Roland, president of an unknown country in another world, has a similar event happen when an explosion takes out his presidential convoy, leaving him close to death. He is teleported to Evan's castle where the two quickly join forces with one of Evan's long-term caretakers named Aranella. Although Aranella is gravely injured in the uprising, she is able to have one final moment with Evan, and convinces him to start a new kingdom, one of peace, and take back his throne.

Since then, he is occasionally approached in his dreams by a mysterious boy around his age, who becomes his confidant.

Given this, Evan and Roland travel to Cloudcoil Canyon to reach the Kings' Cradle to seek out a Kingmaker for themselves. There, they are joined by a group of sky-pirates, their boss Batu, and his daughter Tani who help them reach the shrine in which Evan undergoes a trial to make a bond with a new Kingmaker. Upon success, Evan is joined by the tiny Lofty, his new Kingmaker. After settling in an unclaimed plain area, Roland instructs Evan to make contact with a neighboring kingdom: Goldpaw, where they learn that Goldpaw's ruler, Master Pugnacius, is making use of rigged gambling to exploit the population. Once Pugnacius is exposed by the party, his Kingsbond is exposed by a mysterious man called Doloran. The party later learns that Doloran was once a king from a long lost Kingdom that disappeared in a single day. Despite his errors, Pugnacius retains the support of his people, as he was just being manipulated by Doloran to do his bidding.

Back to their settlement, the party, along with the pirates and immigrants from other nations, establish the nation of Evermore. To plan their next step, Evan and the others seek for knowledge at Goldpaw's library where they learn of Ferdinand, an ancient king who once united the kingdoms of the whole world through a "Declaration of Interdependance", which inspires Evan to do the same. After convincing Pugnacius to sign the declaration, Evan and the others set to Hydropolis, where they fail to prevent Doloran from stealing Queen Nerea's Kingsbond, but convinces her to sign the declaration, while Leander agrees to join the party to stop Doloran's schemes. A similar situation occurs in Broadleaf, where Doloran steals the Kingsbond from President Zip Vector, who also agrees to sign the declaration afterwards, and the party is joined by Bracken.

After returning to Evermore, Roland leaves temporarily and sets to Ding Dong Dell, where he feigns allegiance with Mausinger in order to retrieve the Mark of Kings, an important artifact belonging to the royal family. After Roland returns to the party, they hold an audience with Mausinger in order to exchange the Mark of Kings for his cooperation, but he attacks them instead. In the occasion, Doloran takes advantage of the conflict to steal Mausinger's Kingsbond and reveals that he corrupted Mausinger's advisor, Vermine, instructing him to turn Mausinger against Evan's father. Instead of rewarding Vermine for his services, Doloran steals his soul instead and flees. Realizing his errors, Mausinger reforms, and agrees to treat all citizens in Ding Dong Dell equally and sign the declaration.

With four Kingsbonds in his possession, Doloran begins the ritual to retrieve his own Kingsmaker, "The Horned One", stealing the souls of people around the world in the process. In response, the party returns to Goldpaw's library where they find clues about the "Mornstar", a legendary sword capable of destroying the Horned One. After the Mornstar is recreated and entrusted to Evan, the armies of the five nations launch an attack on the Horned One to allow the party to reach and confront Doloran. Facing the party himself, Doloran reveals that Roland is his soulmate from Earth, and should one of them die, the other will perish as well. He also reveals that his true intention is not only to revive his lost kingdom but to restore his former Kingsmaker and lover, Alisandra, who was turned into the Horned One because she defied the gods by loving him. Doloran then asks Roland, whose nation on Earth was destroyed by war, to join his side, but he refuses, and the party defeats Doloran in battle.

Soon after, the Horned One manifests itself and is slain by the party. Alisandra's spirit appears before Doloran and reveals that she actually tried to relinquish her powers to live beside him, but by doing so, these powers converted her into the Horned One, and departs to the afterlife. Evan then convinces Doloran to start anew and recreate his kingdom from scratch. Back to Evermore, Evan and the kings of the other major nations celebrate their victory with their subjects, but Roland is sent back home, having one last encounter with Evan before departing. In another encounter with the mysterious boy, Evan discovers that he has actually been talking with Ferdinand in his dreams, who was not a king from the past, but his son and successor instead, who provided clues for the party through Goldpaw's librarian, Boddly, who in reality is a soothsayer. Many years later, Ferdinand assumes his father's throne and accomplishes Evan's dream of uniting all countries in the world. In the post-credits, Roland, back to his original age, pushes forward in his mission to unite all countries of Earth as well, inspired by his journeys with Evan.

Combat works in real-time, allowing three party members, Lofty, and the selected higgledies of the player's choice to join in. Defeated enemies reward guilders, experience points, and items. Castle management is one of the newer features added to the game, as the player is able to assign citizens to work at different buildings and can earn materials and gold used to create various items or fund research for helpful bonuses. Higgliedies, small creatures that replace the familiars that were in the previous game. They help in combat and can be leveled up by feeding them their favorite materials. New to the game are skirmishes, short army vs. army combat in which Evan leads his forces in attacking other commander's posts, or defending Evermore. Tainted Monsters provide challenging boss encounters. Although a lot stronger than normal monsters, the risk is worth the reward. Side Quests replace the Errands from the previous game, allowing the player to do optional quests in order to unlock new citizens, collect rare items, and experience other story lines. Furthermore, with the introduction of the task system, the player can go to a taskmaster and take up tasks, which can range from collecting a certain amount of materials to defeating a certain amount of enemies. Completed tasks reward Tokens of Gratitude, which can be traded in for new citizens or additional materials. Tasks will always generate new ones after completion.

Standard settings for Mouse & Keyboard and a controller.

The Adventure Pack provides new challenges for experienced players. It adds additional floors to the Faraway Forest cave, upon clearing, players will be rewarded with new costumes for Evan and other characters. Players will have the opportunity to challenge themselves with even stronger new bosses: Blackhart and Zeta. Additional quests will be unlocked after completing the story and unique rewards can be acquired.

The Lair of the Lost Lord

A mysterious gate has appeared in the Rubbly Ruins leading to the Labyrinth, the chaotic root of the corruption spreading over the world. And The Prince of Wraiths, the mysterious ruler of the Labyrinth, is planning to use this corruption to destroy the Evermore Kingdom.

Players will have to step into the Labyrinth and face the terrors lurking below to stop the Prince of Wraiths’ madness and bring peace to Evermore.

A new system enhancing the players’ battle ability is also coming - The Martial Method. This new power-up will be obtainable from memories of people met during the journey. Further information about the Martial Method will be coming soon.

Additional content will also include more than 80 new piece of equipment that will elevate the team to new heights, newly added quests revealing the back story of some of the main characters, and a returning enemy seeking a final rematch posing a deadly challenge…

The Tale of a Timeless Tome

The Tale of a Timeless Tome begins with Evan and his friends hearing about a rumor regarding a mysterious rabbit dressed in a tuxedo that is being seen in people’s dreams. Evan decides to investigate by staying at the Goldpaw Inn. When Evan falls asleep, he finds himself in a dream world and encounters the rabbit who tells them he is The Conductor. Who is this off character and what is his objective? 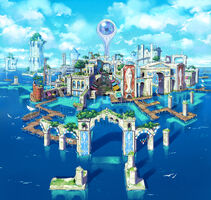 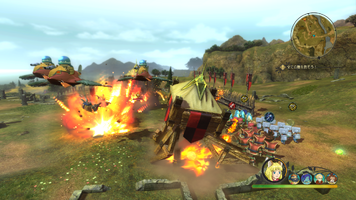 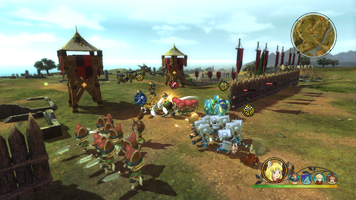 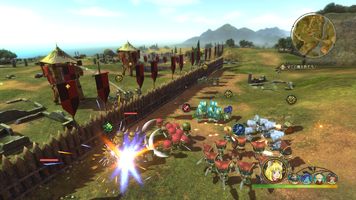 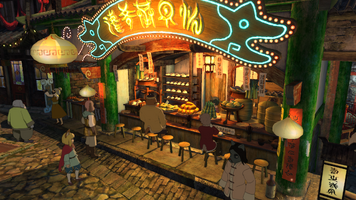 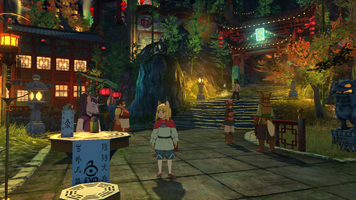 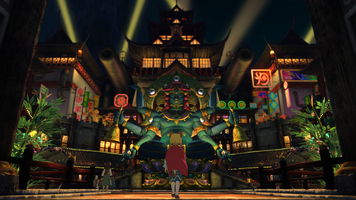 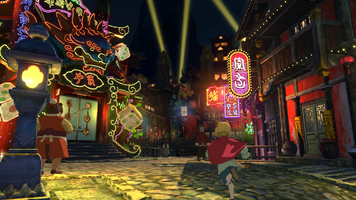 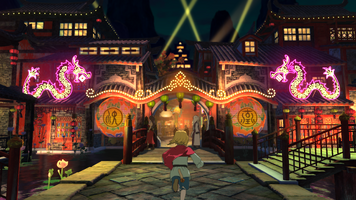 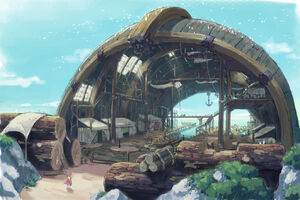 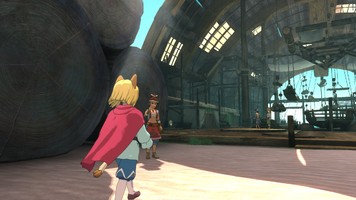 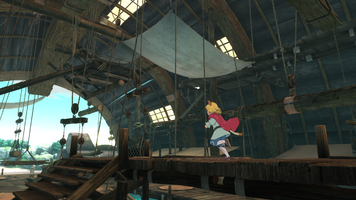 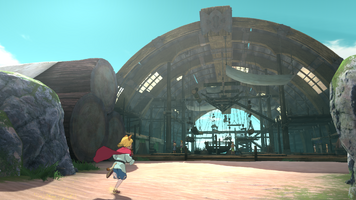 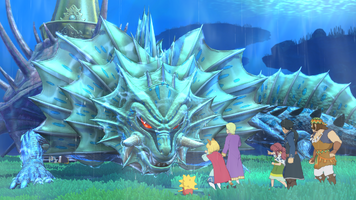 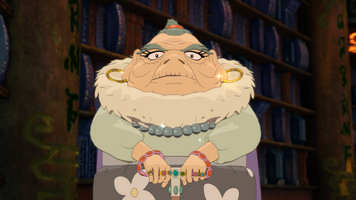 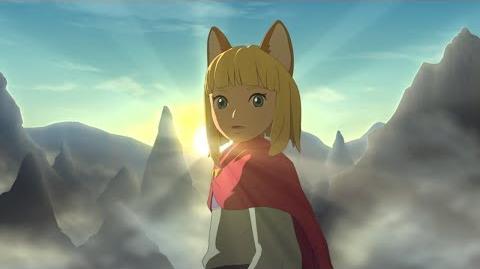